City racing game is a popular game that is GTA style car racing game. This is a free game gives you the freedom to move to the city where you want to go. City racing contained the best 3D environment with movement sounds. The night and day capability in the City racing game in City racing you can participate in street racing. In this game, there is an earning method. If you want to buy a new car or repairing a car then you to need money (fund). There are two ways for earning in City racing game. First, participate in street racing and earn money and another is work as the taxi driver. Get the traveler and reach the way where the traveler wants to go in small time.

You can earn money through the Jump the car. In City racing game there is various type of jumps you have to jump from these jumps then you will get money. In City racing, you just need quick reflexes and a good eye to avoid the police cars and make some money. If you caught by the police you have to pay money as fine.

After earning a lot of money, you can buy any new car. There are various cars available in City racing. 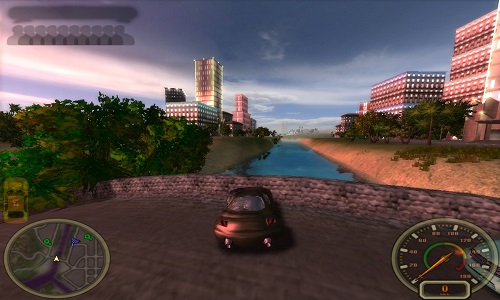